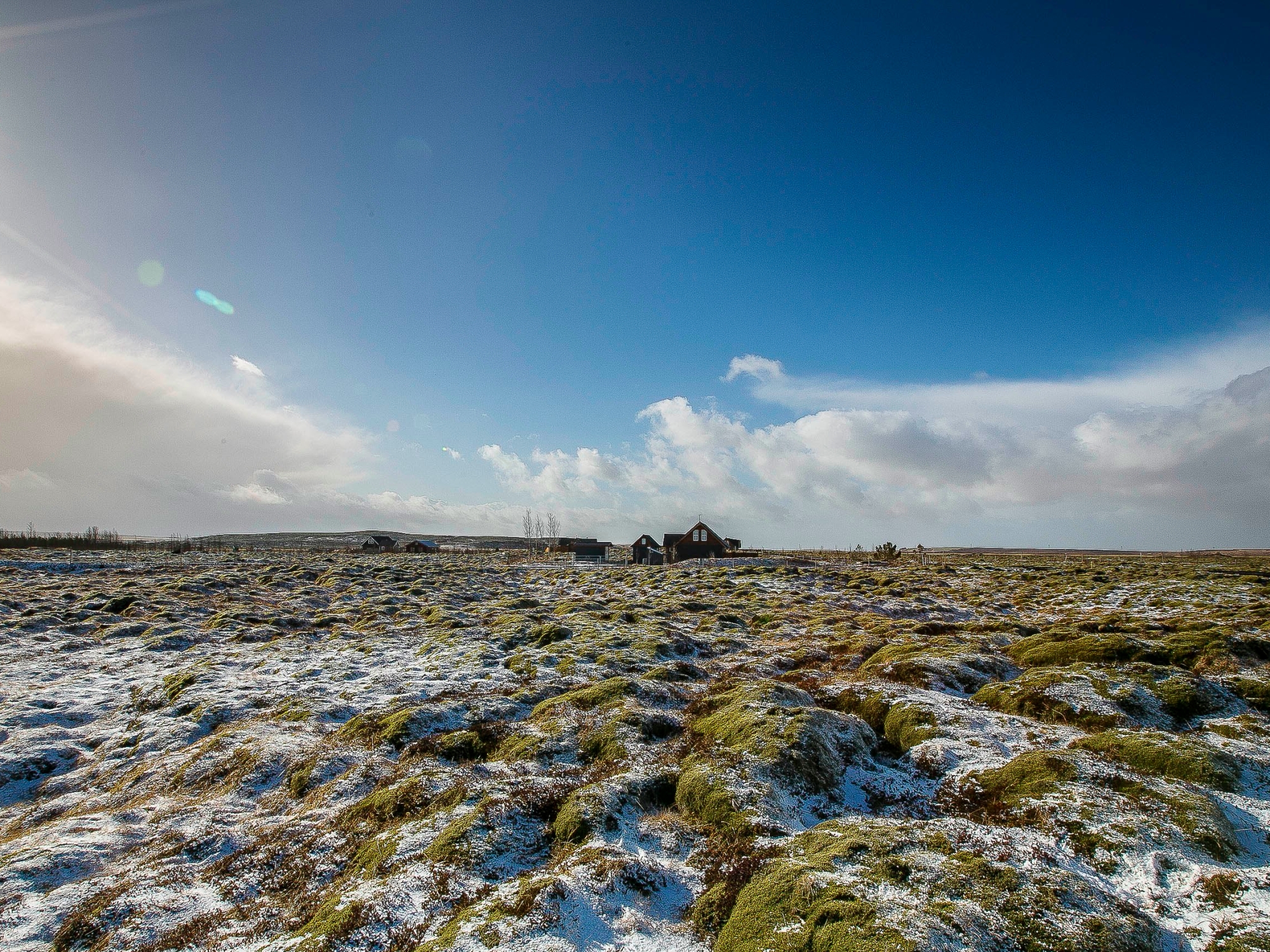 The first time I thought about Iceland was during a conversation with a dear friend. She enjoys traveling as much as I do. She and her family had already lived the Icelandic experience and I remember her telling me, “you should go to Iceland, it’s like you are in a different planet.” At that time we were planning a trip to Germany, but that comment right there was the incentive that led us to a wonderful stopover trip to Iceland.

My friend is right. Iceland is so very different from any place we have ever visited. Unique and captivating. From deep fjords, volcanoes, snowy mountains, black sand beaches, amazing waterfalls, geothermal areas… There is just so many geographical landscapes! And all of this natural wonders remain mostly unspoiled.

Our short stay consisted of only four days. Now, in retrospective, I wish we could have stayed more, we got to see so little! But we did go and we are very lucky for that. Dad and I have talked about returning one day, once the boys are older, so we can experience the Ice Caves and maybe catch the Northern Lights! Yes, that stopover left us wanting more!

We decided to stay outside of Reykjavik. Intentionally, we were right in the middle of nowhere and we enjoyed the solitude. It was so peaceful there, we spent a couple of afternoons in the house just watching the children play around. I even joined them one day in their exploration of the wonderfully peculiar grounds. We got the chance to observe the vividly green muss and white lichen on the black volcanic rocks the first afternoon, and as days passed we witnessed how the landscape changed until only white powdery snow covered everything.

Our driving itinerary included, of course, the popular Golden Circle. Which consists of three famous locations not far from each other, the Thingvellir National Park, the Geysir Geothermal Area and the Gullfuss Waterfall. We also went to see the Kerid Crater which is very impressive in my opinion.

Gullfuss is Iceland’s iconic waterfall. Located in the canyon of the Hvítá River it features two waterfalls in one. The first clearly shorter than the other.

Our brains are the ones in charge of collecting and saving memories. God knows why my brain’s first remembrance of Gullfoss is me standing there with E and P while shouting “look at the beautiful waterfall!” (needless to say they were kind of ignoring me, at least E) while Dad shouted at all of us trying to gather everyone for a photo. There was a lot of shouting between us. We are a loud family and still we couldn´t hear ourselves. That is how strong the roaring sound of Gullfuss Waterfall was.

Another amazing experience was watching how the Strokkur Geysir erupted. It was our first time in a geothermal area and it was quite interesting! Although Strokkur is not the biggest and main geysir, the Great Geysir is, it is the regularly active one. It erupts every 5 to 10 minutes.

There is a Geysir Center that offers exhibits. They have information of geothermal activities, Northern Lights, earthquakes and ice caves. It is fascinating. There is also a big store and a hotel. We spent quite some time wandering around.

Dad took a video of Strokkur while erupting.

We experienced all kinds of weather while we stayed in South Iceland. Bright sunny mornings with blue skies, and then all of a sudden fog came or a snow storm. And sometimes the other way around, snowy/rainy mornings followed later on by clear blue skies. And this happened within minutes. We never knew. Crazy weather!

The day we went to Thingvellir National Park the weather acted that crazy. Snow storm, beautiful clear sky and then rain, in that same order.

I know nothing about geology and Iceland´s history, so hoping I understood correctly the info read on the National Park´s official website, they explain that Thingvellir area is part of a fissure or graben that runs between two faults, the Almannagjá and Heiðargjá. Its ridges are covered by 10,000 year old lava and are gradually moving apart. So the landscape has been changing through the years. This Park has a very important historical value.

Öxarárfoss is a waterfall in the Park. 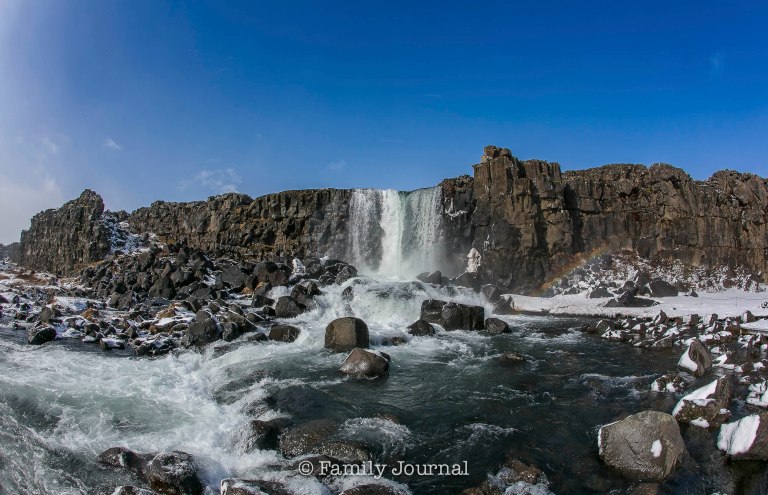 The day we toured Reykjavik was cloudy and windy, but it felt so peaceful. We started with Hallgrímskirkja church. It is the city´s main landmark.

Standing in front of the church and pointing directly to Skólavörðustígur street is the famous statue of Leifur Eiríksson. The esplanade is so big the boys couldn´t overcome the temptation of running around and play for a while.

Harpa caught my attention the moment we enter the city and it was a must for me to go and see, also for Dad to take some pics. Located by the old harbor this building serves as a concert hall and conference center. With its glass facade, Harpa reflects the different moods of the city.

It had a nice walk along the harbor.

We fell in love with Iceland and hope we can return someday!

Amazing Iceland… our “no other place on earth”.